What is Vietnamese pho?

You think you know pho, but you really don't because pho changes!

While the culinary catastrophe played out on Instagram and had everyone from chefs to influencers to food lovers up in arms, the upside was that it shone a fresh light on Vietnam's beloved national dish and its long history both in Vietnam and across the world. 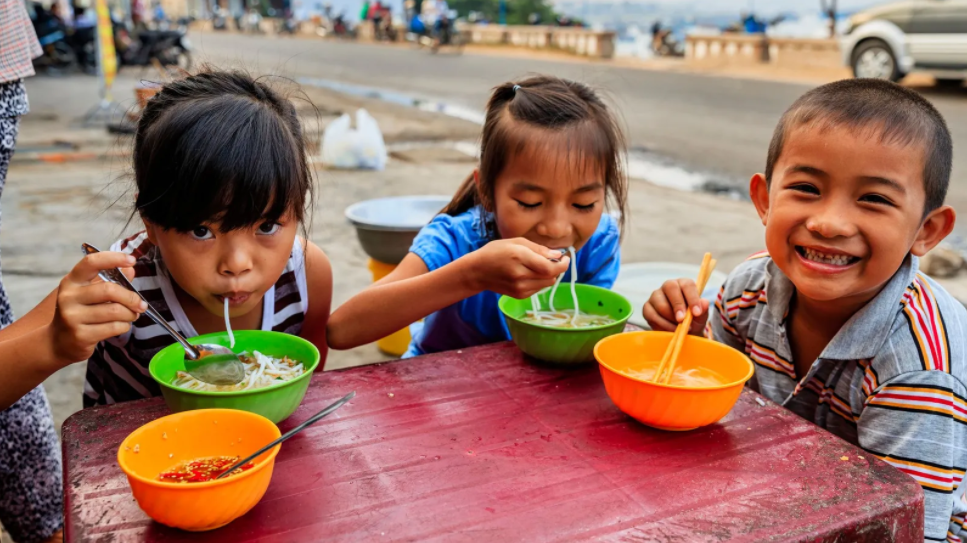 Pho, a fragrant, nourishing and gently spiced beef and rice noodle soup, is relatively new in the Vietnamese culinary canon – only appearing in written records in the early 20th Century – but the history of this humble soup is both as subtle and complex as its flavour.

While most historians agree that pho was invented in the late 19th and early 20th Century in northern Vietnam during French colonial times, its origins are murky. Some believe pho was an adaptation of the French one-pot beef and vegetable stew pot-au-feu, which shares a phonetic similarity to "phở". Others say it was from the Chinese communities who settled in the north of Vietnam and sold a dish called Beef with noodles, is pronounced "fuh", which is similar to the Vietnamese "phở".

Alex Tran, a Vietnamese chef and food writer who is currently based in New Zealand, suggests the origin of pho may be a combination of both. "Rice noodles and other spices used in making the broth undoubtedly have a connection with Chinese people in the north. However, beef is not the daily meat of the Vietnamese as we use buffaloes for farming. Only under the French colonial regime did the consumption of beef start to appear and bloom.

Whatever pho's origins, it is both beloved across the country as its national dish and a matter of fierce local pride and contention, where each region has its own preferred take on the ingredients.

While many overseas pho connoisseurs will be familiar with Saigon's southern-style of pho, which has a sweeter broth and a liberal use of garnishes and condiments, the first version of the soup is thought to have originated in the north, 100km south of the Vietnamese capital of Hanoi, in Nam Dinh province.

Here, south of the rich, fertile Red River Delta, a wide flat horizon embraces rice paddies, banana trees and bamboo hedges. This agricultural region, where most of the workforce were traditionally farmers, is also where most of the best-known pho masters in Vietnam come from. Many of them are linked to the Co family in Van Cu village, south of Nam Dinh city.

Saigon's cultural diversity, with its large Chinese and Cambodian communities and the availability of new ingredients, further fuelled the dish's evolution. Rock sugar from Chinese cooking, and white radish, an ingredient of Cambodian noodle soup kuy teav, were added to the broth to balance the saltiness and make it sweeter. The flavour of Saigon pho tends to be more sweet than savoury, whereas Hanoi is more savoury than sweet. And the other thing about Saigon and southern style foods is that everything is larger. So the bowls of pho are far bigger.

And while Hanoians only traditionally used mint from the capital's Láng area, in Saigon, condiments like fermented bean and chilli sauce and garnishes such as bean sprouts, basil, cilantro and rice-paddy herb were placed at the table so diners could customise the soup to their preference.

Southern people are very easy going, they don't mind a bit of change in the use of seasoning. It is actually refreshing for them.

After the Vietnam War ended in spring 1975, many people from the south, mostly Saigon, fled to the US and other parts of the world, taking southern-style pho with them. Pho has taken root wherever the Vietnamese are and has now become the most recognised Vietnamese dish around the world. 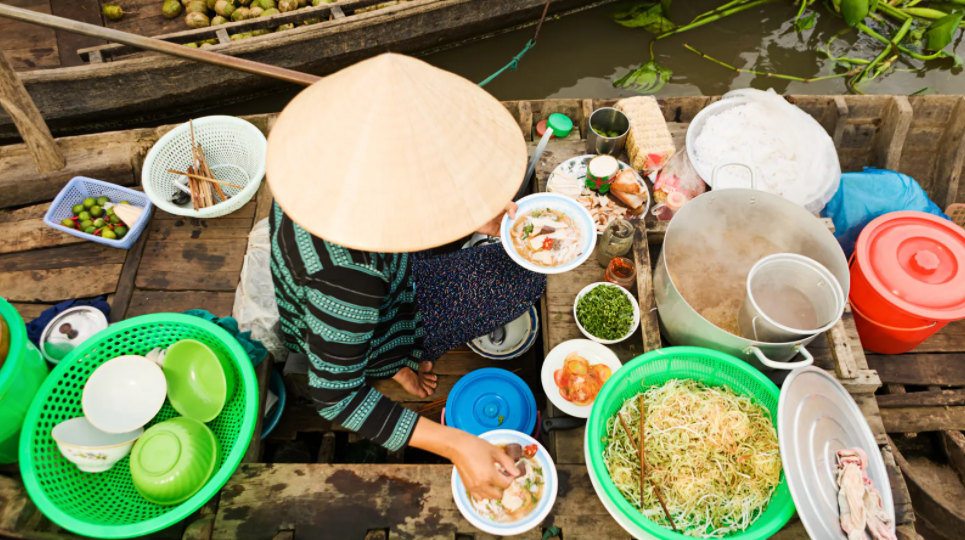